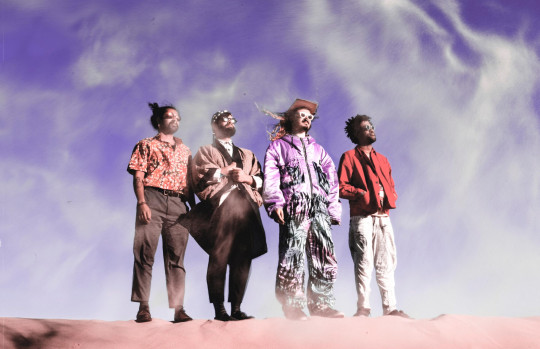 Flamingods are a four-piece alternative rock band from London and Bahrain. The band’s sound blends western psychedelia with pop and Eastern musical influences, and has been described as ‘Exotic Psychedelia’.

The group have released four albums to date and have won acclaim across the music press with Clash magazine calling them “Psychedelic heaven” and “Splendidly wonky” by 6Music’s Lauren Laverne.

Flamingods live shows are known to draw in their audiences and take them on a psychedelic-infused musically journey across the globe.